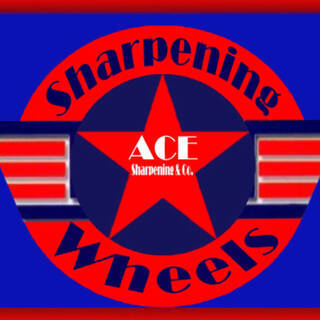 Please feel free to ask a question, impart some sharpening knowledge, comment on the site, or discuss any topic you would like to address this is the place to do it! If there is anything I can do to help you please ask. If I don’t know the answer to your question then hopefully someone here will be able to answer it for you. If you see a question that you know the answer to please feel free to add your answer or suggestions to any of the existing posts.

The standard TAS type machine is usually thought of quite poorly on sharpening forums, especially for convex scissors. Ace Sharpening on the other hand promotes the use of these machine types, and I have had great success with your instructionssuggestions for Barber and grooming scissors.
However, I do not see you comment on the Wolff convexing clamp for convex edge scissors. Any thoughts on this clamp and the sharpening of convex scissors??

You are correct, TAS type machines are generally thought of as poor machines for sharpening scissors. The main reason for this is because of the TAS machine it’s self. When you buy a TAS machine from either of the two main sellers of the TAS it comes with built in flaws that have to be address before the TAS can be used to sharpen scissors successfully. Most new sharpeners don't know about these built in problems so when they try to sharpen on the TAS they fail because they don't understand what the actual problems are with a stock TAS.

The sharpening instructions that come with the TAS don't address any of these problems so yeah the TAS gets a low score from sharpeners because they never learned how to set one up for successful sharpening, Instead they usually set it aside and go buy a flat hone. Here are some of the problems with a stock TAS; First it runs at 3450 rpm so it is way too easy to burn the metal and lose the temper on a pair of scissors when sharpening.

The solution to the high speed problem is to get a momentary foot pedal from Harbor Freight (about $15.00) so you can easily control the wheel speed. The worst problem though is that when you sharpen on the left side grinding wheel then switch to the right side to buff, the bevels on the scissors don’t line up on the buffing wheel. The solution is to trim the post on the scissor clamp or you may have to lengthen the post on the scissor clamp (it varies from TAS to TAS) so when you turn the clamp over to buff, then the bevels line up perfectly. This fix takes some time to get it right, but after you get the correct height on the buffing side post then the clamp will stay calibrated to that particular machine.

There are other problems, but those are the main ones that makeit virtually impossible to do a very good job sharpening any type of scissor so naturally people don’t like the TAS and for good reason because it doesn’t work right out of the box. Since people don’t know what the problems are they just say it doesn’t work and of course they are correct because it doesn’t and they go to another machine leaving the stock TAS collecting dust on the shelf. Unlike the original stock TAS machine my TAS type machine has addressed all of these problems and more making it a precision scissor sharpening machine right out of the box that works the first time every time, but that is not what you were mainly asking.

In answer to your main question the reason I don’t say much about the TAS convexing clamp (I have one) is because even though you can make it work to convex a beauty scissor it simply takes too long to get the job done. A flat hone (I have a flat hone as well) is the ideal machine to convex a beauty scissor, it is quick and easy. On the TAS it is not quick or easy so I don’t promote its use for convexing scissors; instead I promote using a flat hone to convex scissors.

I use my TAS type machine to sharpen grooming, Barber, industrial, sewing and also bevel edge beauty scissors that don’t require convexing. I use my flat hone to sharpen convex beauty scissors and that is all I use it for, I don’t use it for anything else because a TAS type machine that is set up correctly does a much better job in my opinion on all these other scissor types.

« back
Return to Website  > Index
Free Forum&nbsppowered by Bravenet